We Show How To Hit a Bong Correctly.
Smoking a Bong Is Easy! 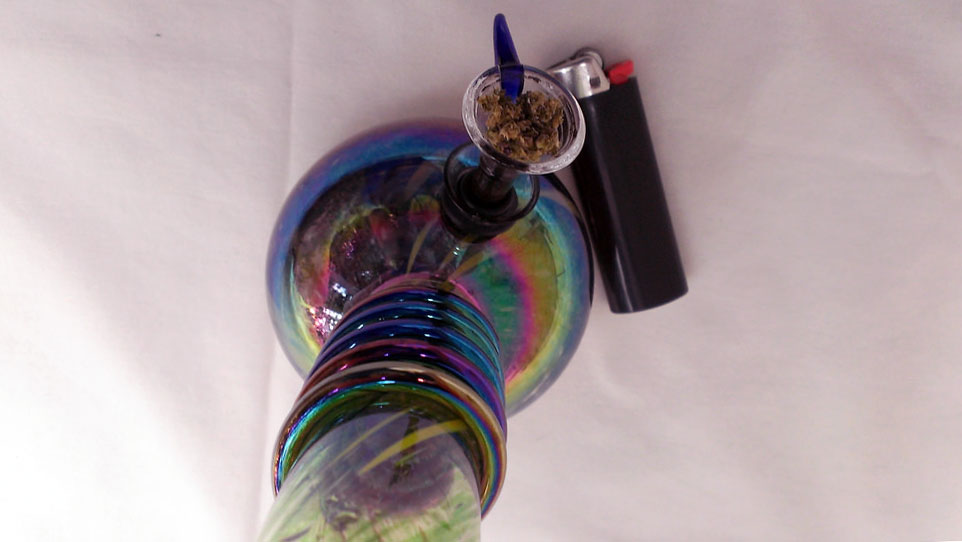 If you don’t know how to hit a bong then you might have that funny feeling in your stomach when offered to take your first bong rip.

It can be scary because you don’t know the marijuana effect of a bong, and you don’t want to embarrass yourself. You know you are open to trying it and you get that exhilarating feeling in your stomach but you just sort of freeze up.

Don’t worry there is a simple solution to this symptom. Learn how to hit a bong correctly, and with confidence.

what is a bong?

A bong is a water pipe that consists of a vertical tube (neck), connected to a water chamber that is partially filled with water. Bongs are often used for smoking marijuana because you can take larger, smoother, slightly purer rips.

How to hit a bong, and how to use a bong: 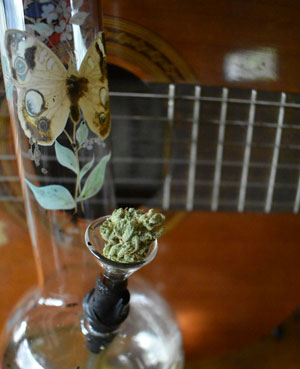 1. Pack a bowl, or pack a “personal snapper.”
LEARN
HOW TO PACK A BOWL HERE

2. Psych yourself out to feel one of the greatest marijuana effects by learning how to hit a bong. Build your confidence by telling yourself that you can conquer anything.

Take a few deep breaths to prepare yourself to consume enough smoke to hopefully do the job in one hit.

3. Once you feel confident enough to use a bong, put it into the ready position. Before you take a hit, make sure you are in a safe area like on a couch or a chair.

Some people have been known to take overwhelmingly large hits which literally bring them down to the floor. You don’t want this to be you!

4. Secure your bong with your left hand, preferably with the base of the bong on a flat and secure surface like a table, desk, or floor. If the bong has a carb (a hole in the neck of the bong) you need to plug the carb with your thumb.

If it isn’t your bong you want to be especially careful with it. Some people treat their bongs like a baby.

The point is to be especially careful with the stuff, but don’t loose your confidence just yet.

5. Wipe your mouth and dry your lips. Now seal them in or on the the bong’s neck opening depending on the size of the bong.

Do whatever feels most comfortable for you. As it can vary from bong to bong.

Straighten your mid section and blow the excess air that is in your lungs out though your nose.

– Never exhale or blow into the bong’s mouthpiece while it is filled with water or packed with nug. You will make a stinky mess by spilling the bong water, and you will ruin your bowl.

6. Strike your lighter with your right hand holding it at an upward 90 degree angle, and tilt the lighter counter clockwise in a way that the fire goes up and away from your fingertips.

7. Move the lighter gracefully over the bowl, and  start to inhale slowly.

TRY YOUR BEST TO NEVER DROOL IN THE BONG.

How to avoid drooling in a bong:

(A) Stop inhaling, extinguish bowl with the heel of the lighter, and close your mouth while keeping the bong in ready position. Now try your best to suck up your saliva, and get back to your rip.

(B) Stop inhaling, put the lit bowl out, and pull your mouth away from the bong. Cap the neck opening with your hand, and wipe your mouth. Try step (A) again next time. What to do if you drool in somebody’s bong.

9. When that moment comes, either when your lungs are almost full, if you drooled in the bong, or you if got scared,  put the lit bowl out with the heel of the lighter, and pull the bowl piece out of the bong. If your bong uses a carb just simple release the carb so that the smoke can clear.

The bowl piece acts as a carb for most bongs, when it is removed smoke is easily cleared.

10. If you couldn’t clear all of the smoke cover the top of the bong with your hand.

With the smoke still circulating in your lungs try to inhale some fresh air, and hold for a few seconds then exhale.

You now should know how to hit a bong, how to use a bong, and what is a bong.

Smoking a bong is fun, and is also a great way to feel the marijuana effect.

Return
From How To Hit A Bong To Homepage